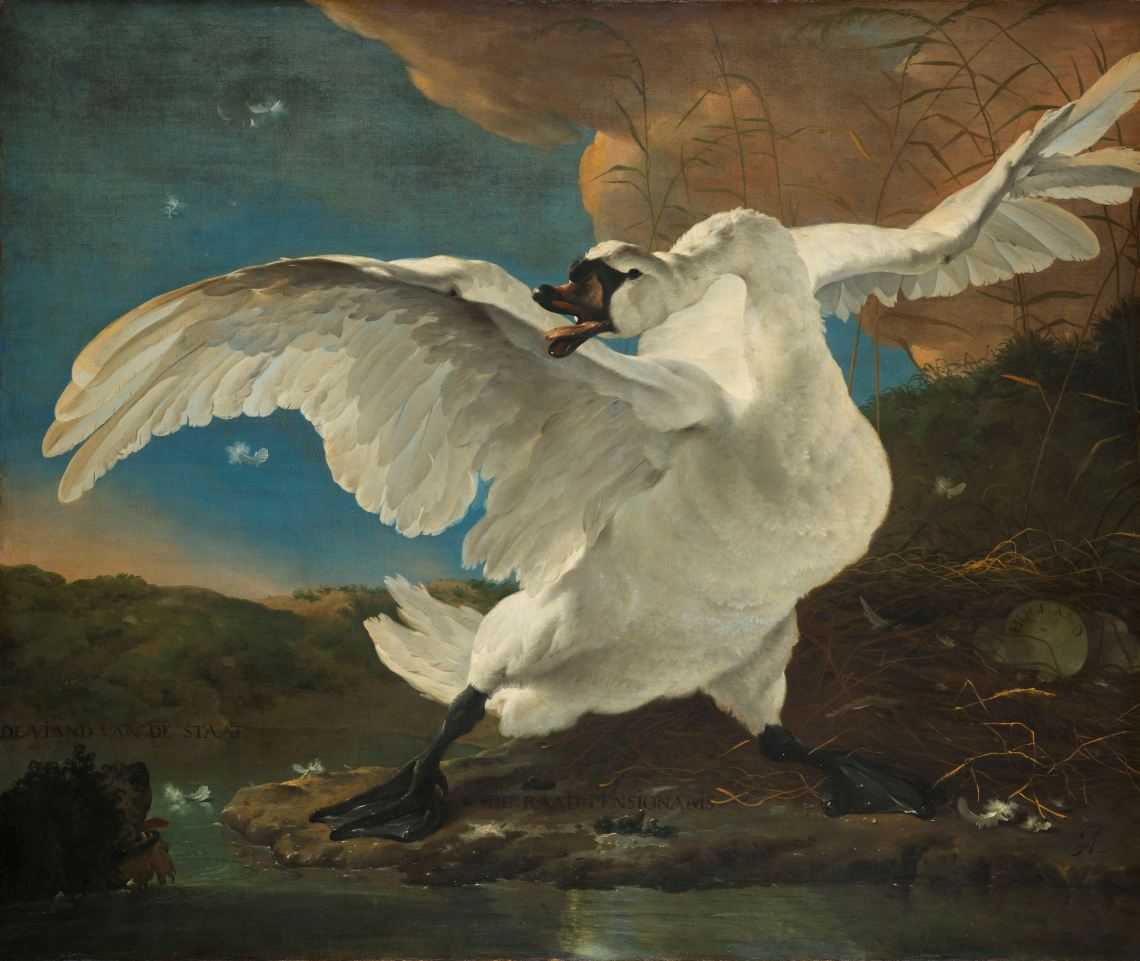 De bedreigde zwaan Is an oil painting of a mute swan made around 1650 by Dutch Golden Age painter Jan Asselijn. By 1800 when it was purchased, the painting was interpreted as a political allegory of grand pensionary (the highest official in Holland, the main province of the Dutch Republic) Johan de Witt protecting the country from its enemies. Three inscriptions had been added: the words “de raad-pensionaris” (the grand pensionary) between the swan’s legs, the words “de viand van de staat” (the enemy of the state) above the head of the dog on the left, and the name «Holland» on the egg on the right.